Play Pause Stop is the seventh collection of original songs that I have released since 1992. I have also appeared as a "sideman” with a number of bands over those twenty-two years, appearing on an additional five albums, and in hundreds of live shows.

Play Pause Stop is my "solo” follow-up to 2002’s Albion Capone. If tells the story of  "growing up” over those years while learning that growing up doesn’t have to mean giving up on things like… well, songwriting and recording.

A career revival of sorts was started with my 2014 kids’ album It It’s Too Loud, You’re Too Old, released under the nom-de-plume "Jon D’Eaux and the Sibling Rivals.” It featured songs that were written by my three children, and was a quirky project that emphasized fun – providing a reminder that music making is supposed to be fun, if nothing else. That fact may have lost on me through earlier years of trying to earn a living as a musician.

Play Pause Stop is definitely a "full band” recording, but the songs will be performed solo for the foreseeable future. Solo performance has always been my preference. My first solo album was in fact a "solo electric” performance recorded at Grant Avenue Studio in Hamilton, leading to the oft-repeated catch phrase (provided by CFNY’s Dave Bookman) that I was "southwestern Ontario’s answer to Billy Bragg.” I gigged frequently around Ontario, mostly opening for all sorts of cool bands, accompanied only by my overly abused vintage German electric guitar and a small tweed Fender amplifier.

I fronted a band called The Imploders, in the mid-90s, which did in fact implode in short order - but we made enough of a dent to earn some campus radio airplay across Canada. I also recorded and released a bunch of songs with the shadowy band "Blüt”, and later as "Pop”, but band maintenance proved too difficult – as BTO warned,  "chances are you'll go far if you get in with the right bunch of fellows”. Problem is, those fellows can be really hard to find. It was simpler to be DIY across the board – at least where my own music was concerned. I have washed around for many of the last 20 years as as a "sideman” with a number of bands, but I never gave those gigs the credence they deserved.

This approach led to Albion Capone, a full-band album that I performed, recorded and mixed entirely at home. That process was repeated again over a decade later with the fictional "Jon D’Eaux and the Sibling Rivals”, and again with Play Pause Stop. There are certainly more social ways to record an album, but Randy Bachman was right – and if you can’t fine the "right bunch of fellows”, you have to pay ‘em. Who’s kidding who? There’s no money in music anymore – but I’d rather do everything myself than leave these songs on a dusty shelf for the balance of my days, so here we are.

Play Pause Stop is available as a CD and on iTunes. 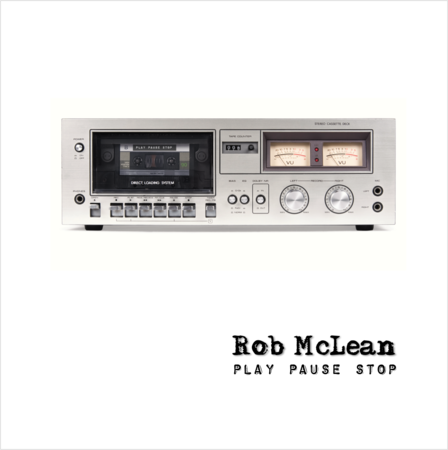